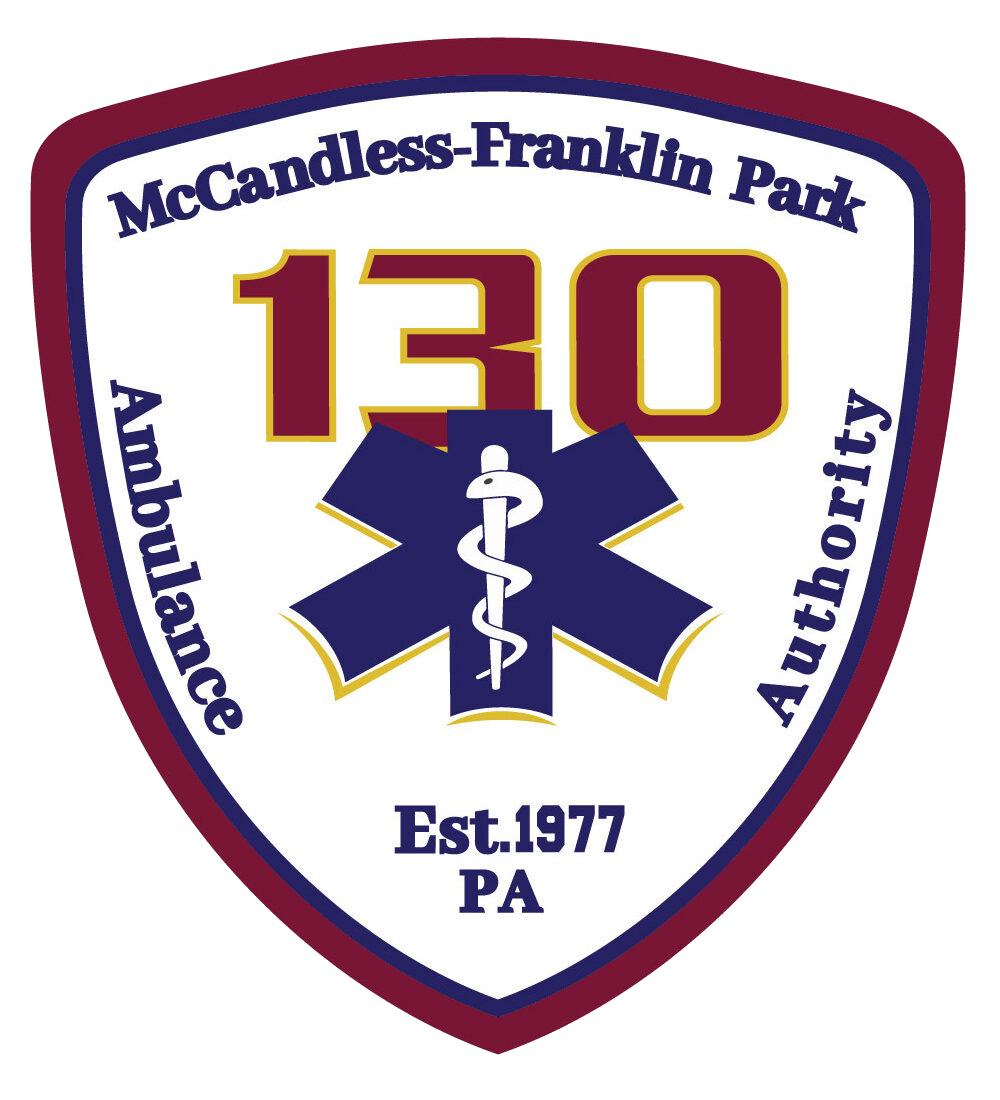 On July 17, 2017 McCandless-Franklin Park Ambulance Authority celebrated its 40th anniversary of service to the community. We were incorporated as a non-profit municipal authority in January 1977 by the Town of McCandless and Franklin Park Borough. The Authority began operations on July 17, 1977 with a dedication ceremony held at St. John’s Lutheran Church with Assistant Pastor, Reverend Charles Stadler. St John’s had been the site of the planning sessions to create the Authority.

Our initial base of operations utilized in July 1977 was an old gas station located on Route 19 across from Wexford Plaza. September of 1979 found us moving into our current location on Grubbs Road in The Town of McCandless. In 1991 we built a second station located in Franklin Park Borough to respond to our northern area. Then in 1995 we added an addition onto our Grubbs Road station which added another vehicle bay, storage, a meeting room and administrative offices. We continue to serve our five municipalities out of these two locations. In late 2014 and early 2015 The Authority began discussions with the Wexford Volunteer Fire Department in conjunction with The Township of Pine, to possibly use some space at the fire department’s new station on North Chapel Drive. We initially talked about placing one of our current ambulance crews there Monday through Friday 7am to 3pm. In July 2015 that partnership began. Currently we have added another crew Monday through Friday, so we now staff it from 7am to 11pm. As our staffing needs continue to expand, it benefits not only the residents of our northeastern area but all of our residents due to its centralized location.

first ambulances imageAlong with the old gas station we started operations in July 1977 with two used ambulances purchased from Valley Ambulance Authority. We purchased and took delivery of a new ambulance in December of 1978 at a cost of $31,950. Over the years our ambulance fleet has grown to five fully and identically equipped ALS ambulances with a current purchase price of an unequipped ambulance budgeted for $145,000. Today our service responds to 6,100 ambulance emergency and non-emergency calls annually.

In March of 1979 the Authority began serving the Borough of Bradford Woods, Marshall Township and The Township of Pine by resolution with each community. Today we still proudly serve all five of our communities with the same professional pre-hospital service.

In May of 1991 changes in health care benefits changed patient transportation. Medicare and insurance carriers stopped paying for trips that were usually covered for ambulance non-emergency transport because they deemed them not to be medically necessary. The Authority recognizing this shift started providing wheelchair van service in July of 1991 with a used wheelchair van. Today we have five wheelchair vans at a budgeted replacement cost of $50,000 and we transport approximately 4,900 wheelchair clients per year.

The Authority purchased its first cardiac defibrillator/monitor for $6,005.00. The most recent defibrillator/monitors were purchased at a price of $23,000.00 each. In keeping with the current standard of care our defibrillator/monitors allow us to send a copy of the patient’s EKG (heart rhythm) prior to our arrival at the receiving facility. This provides for timely and effective transfer and treatment of the arriving patient. For example based on our paramedic’s findings and confirmation by the hospital’s medical command, the patient bypasses a stop in the emergency department and is taken right to the heart cath lab.

Today, as from the very beginning, our most valuable asset is our employees and volunteers. We started as a volunteer emergency service in 1977 with a paid manager, no office staff and all EMS services were provided by volunteers. Over the years the Authority slowly transitioned from a volunteer organization to a career service. Today we have a professional staff of Paramedics, Emergency Medical Technicians and Office Personnel along with our dedicated volunteers working alongside our paid staff. Our EMS staff at the Authority has a total of 366 years of EMS experience and has logged a minimum of 4,942 hours of continuing education.

A lot has changed in our 40 years and will continue to change in coordination with the advancements and changes being made in the health care profession. More is being asked of us while reimbursement is being curtailed for us and health insurance benefits are limited or cut for our residents. With a current budget of 2.6 million dollars, funding is an increasing concern.

Many of our residents are surprised to know that we have not received any municipal tax revenue support from the municipalities we serve. Our revenue comes from three sources; a fee for service is our primary source of revenue, our subscription program and we continue to have a great community response to our donation program as an IRS designated 501 (c) 3 non-profit organization.

We want to thank those early leaders who had the wisdom to recognize the importance of an emergency medical system in their communities. The Authority would also like to thank all of those friends and neighbors who have volunteered their time and financial support so unselfishly to make sure that the Authority “works” for the families and guests of The Town of McCandless, Franklin Park Borough, Borough of Bradford Woods, Marshall Township and The Township of Pine.